Code Name Caiman Grey.
No one knows his real name, age, or nationality.
Rumour has it that ViperRed is his sister 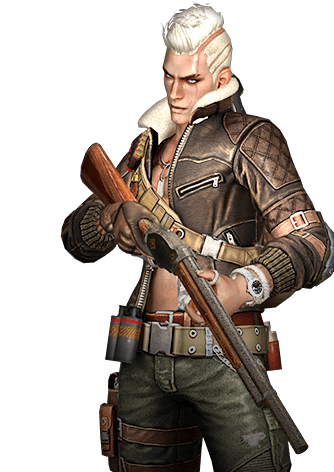 Red Bulls is the son of a Corpsman, when peace had seemed to come to their country, his parents encouraged him to study abroad where he made an impact at his university as a star footballer. When he returned home he discovered his parents gone, both killed in an attack by Aegis operatives.

Utilizing his natural athleticism, he began working as a free agent, making small tactical strikes against Aegis Inc operations. He was eventually caught and to be put to death, but during a Corps raid on an Aegis facility, they found and released him. The Corps had known his parents and asked him to stay with them and continue to fight to uphold the old government.

Despite being a footballer, Red Bulls is an enormous man and intimidating to anyone of normal stature. His massive size and seemingly limitless stamina earned him the call sign "Red Bulls" for the giant oxen of yore. 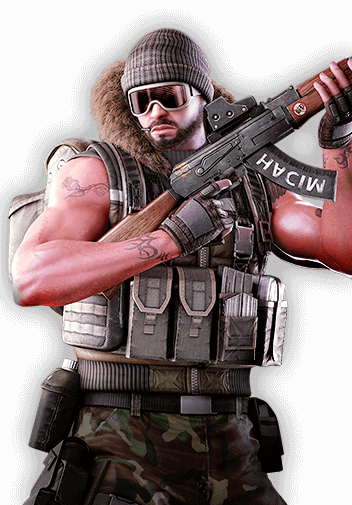 D-Fox is a cold blooded bomb expert. His top priority is to complete the mission at any cost, and he will detonate the target without concerning if the allies are around or not.

He is known as the best operator among the PMC and receives both respect and wary simultaneously. Though he carries many rumors and stories about his origin and career, he seems unconcerned. 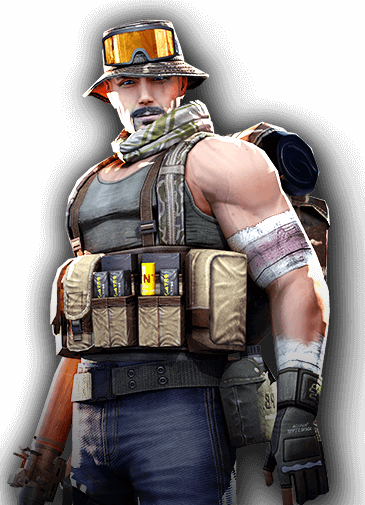 A woman mastered with extensive number of martial arts with her talented skills, Viper Red strongly seeked for a job connected to her martial arts skills and started career as guard.

Later on her skill was praised and assigned as body guard for high class personnels. After just a few years, Viper Red has joined PMC, the best of all connected industries. With her quick movement, she is the best in close combat as well as stealth operation. 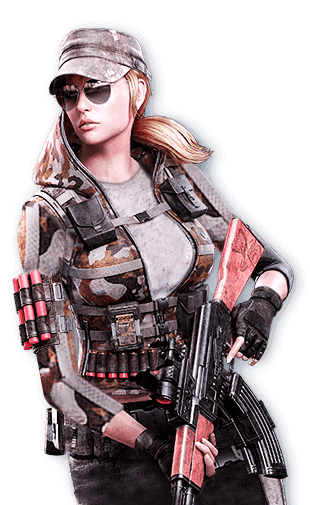 Tarantula lost her parents at an early age and was moved into a corporate schooling and orphanage facility. After being adopted by a wealthy business tycoon she was given a comfortable home and a life at an excellent school. However, when her adoptive parents soon had a child of their own,
they began to neglect and mistreat
Tarantula.
When she could take it no more,
she took the revolver her father kept in his study and urdered both of them.

Put into a juvenile penitentiary, she earned her nickname of Tarantula for being devious and ruthless. She eventually devised a plan to escape and join with The Corps in an effort to prevent men like her adoptive father from gaining control of the government. 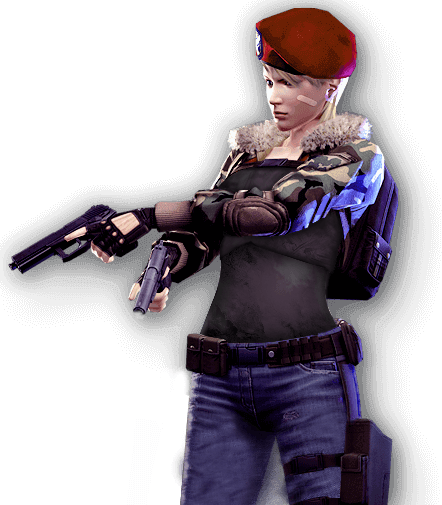 Rica Lopez has inherited two things from
her soldier parents; the proud of being a soldier
and her immigrant heritage. With her family's influence, she decided to be a soldier at a young age and got accepted to the Special Forces. Her courage in front-lines of the battle and her skills as a sniper as a support was not missed in the eyes of her superiors.

However, after a false accusation of a crime she had never commited, she got expelled from CT-Force. Burning with vengence of this unjustice, she decides to join the ranks of Free Rebels for revenge. Wolf's been raised by the MI6 agents.
Always dreamed of being of one of the best agents himself. He's good at repressing, tracing and clearing bad guys. He seems to have a promising future as a CT-FORCE agent. 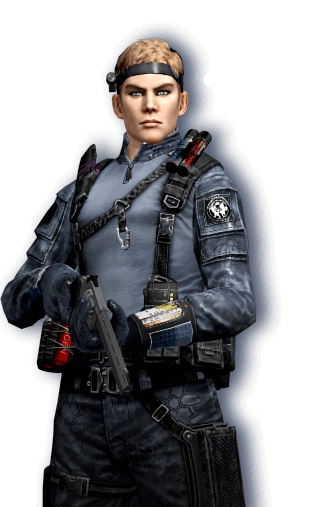 After graduating from the Aegis Inc training school, Acid petitioned to join a special group of fighters trained in counter-guerilla warfare.
While he is highly skilled in all aspects of combat and tactics, he is unfriendly and gruff, earning him his call sign "Acid."

Having come from a merchant background, Acid sides with the right of Aegis Inc and the other corporations who wish to take over the governance of their country. 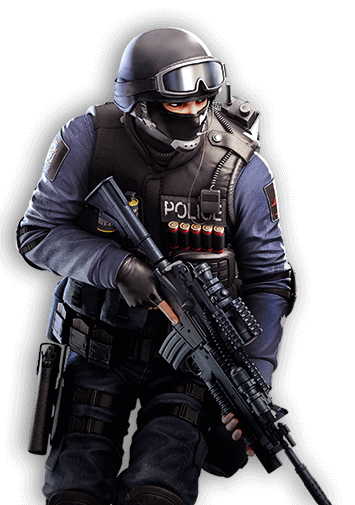 Keen Eyes was born into the fighting heritage of her people, but after her parents were killed she became a ward of the state and was sent to corporate schools after showing promise in childhood testing.

Eventually she forgot her heritage and supported the Corporate Government. However, after completing her training with Aegis Inc, she became apprehensive about fighting against the same guardians of peace that her own parents were a part of.

She wears a mask to cover her face, in fear that she will give away her mixed feelings about Aegis Inc's current mission to eradicate The Corps. Her tendency to only show her eyes has earned her the call sign "Keen Eyes." 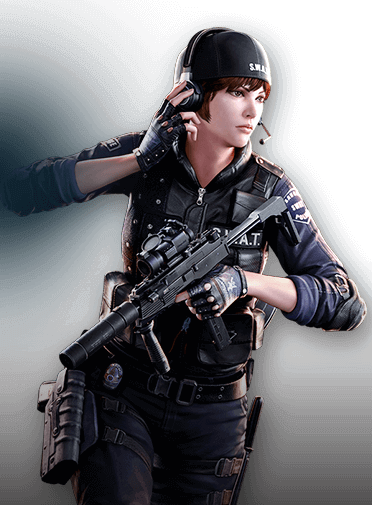 With the funding of the CT-Force supporting her, Chou, a highly skilled genetics expert, has started her researches on using the dinasours as front-line soldiers. When the intel about her research has reached the Free Rebels, they launched an attack on the research facility but nothing went as they had expected.

Once they had been released, dinasours attacked both the Free Rebels and the CT-Force soldiers. The bomb which was supposed to eradicate the facility has torn down a wall, which had resulted the dinasours to escape. Filled with guilt after witnessing such destruction, Chou has grabbed a weapon from one of the dead soldiers to chase the dinasours. 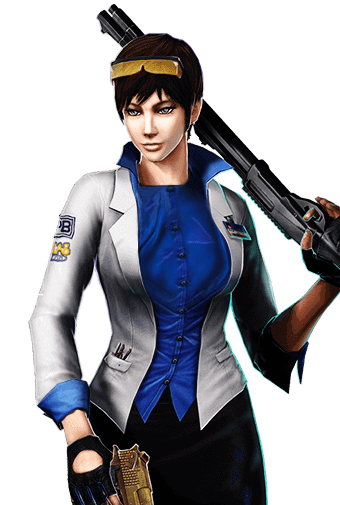 Leopard is the leader of the team Presidential Counter Terrorist. His existence is confidential, and his identity is hidden in veil.

The most of the missions that he and his team operate are not known to world for they have potential risk that may cause a great turmoil once they are exposed. 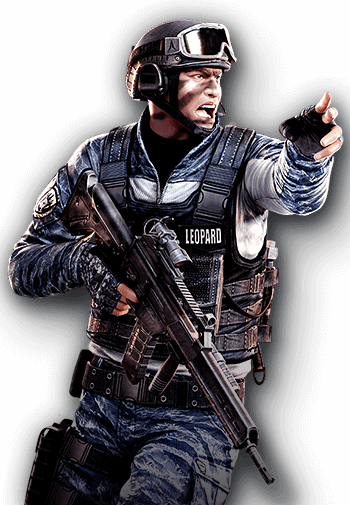 Due to the effect of her father in service for military, Hide began to respect military from childhood. By qualifying as one of ten with impressive score, she joined Female counter terrorist which was heard to be fiercely competitive. And later on she became as one of highly trained elite.

With her outstanding expertise in tactical capability, she was dispatched to intelligence department as field agent, accomplishing numerous secret missions.